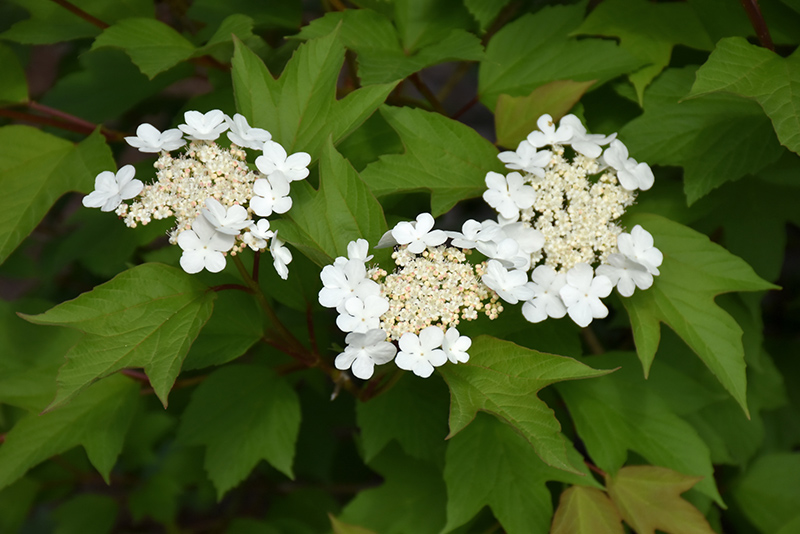 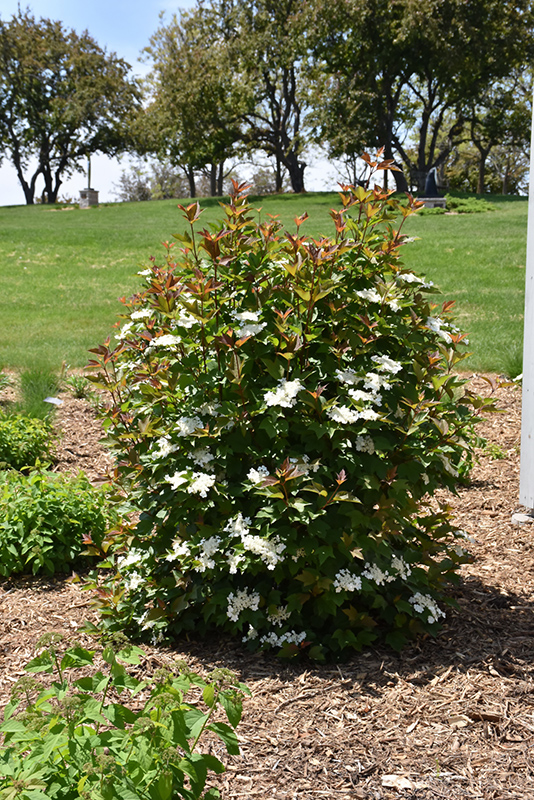 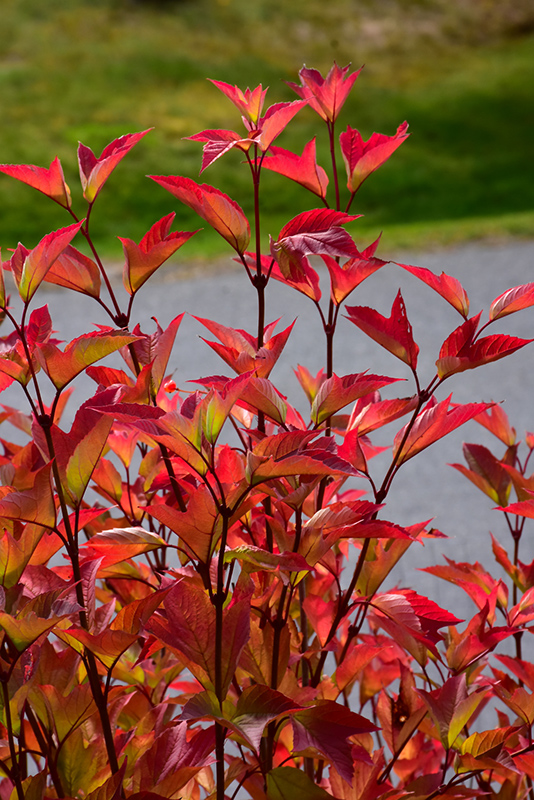 Redwing® American Cranberrybush is covered in stunning white lacecap flowers held atop the branches in late spring. It has attractive dark green deciduous foliage which emerges brick red in spring. The large serrated lobed leaves are highly ornamental and turn an outstanding crimson in the fall. It features an abundance of magnificent scarlet berries from late summer to late winter. The smooth gray bark and gold branches add an interesting dimension to the landscape.

This plant is primarily grown as an ornamental, but it's also valued for its edible qualities. The round sour berries are most often used in the following ways:

Redwing® American Cranberrybush is a dense multi-stemmed deciduous shrub with an upright spreading habit of growth. Its average texture blends into the landscape, but can be balanced by one or two finer or coarser trees or shrubs for an effective composition.

Redwing® American Cranberrybush is recommended for the following landscape applications;

Redwing® American Cranberrybush will grow to be about 10 feet tall at maturity, with a spread of 10 feet. It has a low canopy with a typical clearance of 1 foot from the ground, and is suitable for planting under power lines. It grows at a fast rate, and under ideal conditions can be expected to live for 40 years or more. While it is considered to be somewhat self-pollinating, it tends to set heavier quantities of fruit with a different variety of the same species growing nearby.