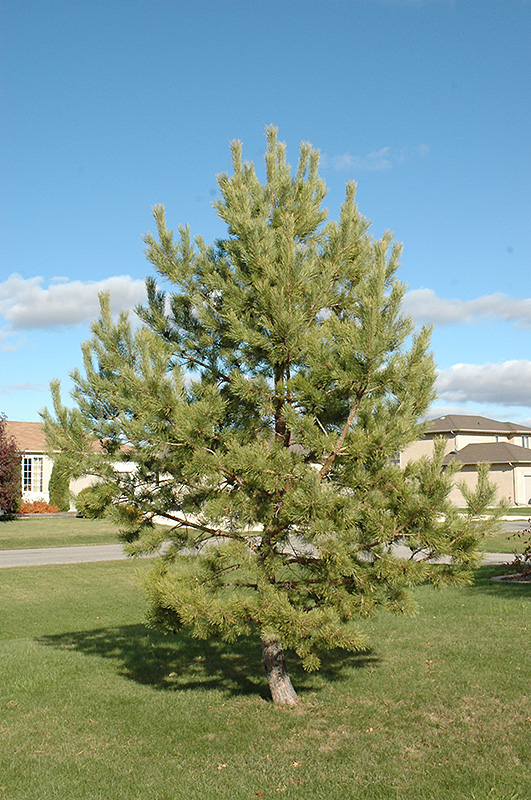 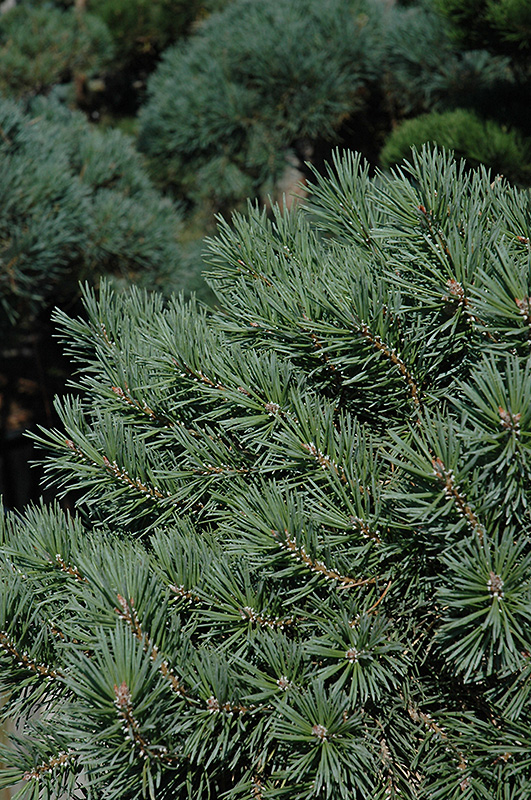 Valued for its picturesque character, vigorous growth and bluish-green foliage, this northern subspecies is a wonderful choice for a landscape accent tree.

French Blue Scotch Pine (hindu pan) is primarily valued in the landscape or garden for its ornamental globe-shaped form. It has attractive bluish-green evergreen foliage. The needles are highly ornamental and remain bluish-green throughout the winter. The shaggy orange bark is extremely showy and adds significant winter interest.

French Blue Scotch Pine (hindu pan) is an evergreen tree with a strong central leader and a more or less rounded form. Its average texture blends into the landscape, but can be balanced by one or two finer or coarser trees or shrubs for an effective composition.

This is a high maintenance tree that will require regular care and upkeep. When pruning is necessary, it is recommended to only trim back the new growth of the current season, other than to remove any dieback. Deer don't particularly care for this plant and will usually leave it alone in favor of tastier treats. It has no significant negative characteristics.

French Blue Scotch Pine (hindu pan) will grow to be about 12 feet tall at maturity, with a spread of 10 feet. It has a low canopy with a typical clearance of 5 feet from the ground, and should not be planted underneath power lines. It grows at a slow rate, and under ideal conditions can be expected to live for 80 years or more.

This tree should only be grown in full sunlight. It prefers dry to average moisture levels with very well-drained soil, and will often die in standing water. It is not particular as to soil type or pH. It is highly tolerant of urban pollution and will even thrive in inner city environments. This is a selected variety of a species not originally from North America.